We are currently working with 17 people that are the survivors of modern slavery: 15 who have experienced labour exploitation and 2 sexual exploitation.  With the number of referrals, we are currently receiving we are quite certain that we will have worked directly with 50 survivors by the end of the calendar year.

The money raised from the bike ride will be spent on housing, legal support and basic provisions like food and furniture to support survivors of Modern Slavery. We have always found that the best ways out of poverty, destitution, homelessness and slavery is economic independence. 9 of the 17 people we work with are now in stable employment with is a really solid achievement. There are very few of the 17 that didn’t come to Spring with just the clothes they were wearing and at best a ruck sack. So, to see where people are now, we know that this money can and will make a difference!

Let’s be honest – Modern Slavery isn’t a sexy fundraising idea. In fact, the terminology itself is quite odd. The word “slavery” conjures up images of shackles and transatlantic ships – depictions that seem relegated firmly to the past. But more people are enslaved today than at any other time in history. Experts have calculated that roughly 13 million people where enslaved and sold around the world between the 15th and 19th century; today, an estimated 40.3 million people (more than three times the figure during the transatlantic slave trade) are living in some form of modern slavery, this has been published by the UN’s International Labour Organization (ILO) and the Walk Free Foundation.

A person today is considered enslaved if they are forced to work against their will; are owned or controlled by an exploiter or “employer”; have limited freedom of movement; or are dehumanised, treated as a commodity or bought and sold as property.

Globally, more than half of the 40.3 million victims (24.9 million) are in forced labour which means they are working against their will and under threat, intimidation or coercion. (many people will remember the Chinese cockle pickers that drowned on a British beach a few years ago as the biggest one that has hit the national press in the UK)

Of the people referred to Spring, the vast majority are survivors of forced labour – largely within the private sector. Slaves clean our houses and apartments; produce the clothes we wear  (remember the GAP controversy); pick the fruit and vegetables we eat; trawl the seas for the seafood in our restaurant meal;  dig for the minerals used in our smart phones, makeup and other accessories we like to have, work on construction jobs, (google Qatar World Cup 2022 and the current stadium builds to see modern slavery on a mass scale in action right now.) They wash our cars – a car wash a few miles from Spring’s office was raided and shut down only a few years ago for using eastern European migrants as slaves. In other words, it’s all around us!  We can choose to ignore it, or we can make better choices.

It’s one of the reasons Spring has signed up for the living wage, as defined by the Living Wage Foundation (not the governments version which is just the minimum wage with a better sounding name). We do it not just because it’s the right thing to do for our staff to get a fair wage but also to ensure that our suppliers and sub-contractors pay the living wage – we don’t want to see modern day slavery creeping into our supply chain.

It’s so hard to get a true picture as so much is hidden, but its estimated by a number of sources that there is upwards of around 13,000 enslaved people in the UK. Let’s not kid ourselves – slavery is big business in our economy. Slavery generates £116 billion pounds worth of profit per year globally https://www.proterrafoundation.org/project/food-and-modern-slavery/

Slavery is a lot more profitable than yesteryears, we don’t have costly journeys to move people and people die less on the journeys (hooray lower overheads for the slave masters!) Global supply chains are closely linked to migration, wherever there is agriculture, beauty, fashion and sex industries (which is basically everywhere) there is slavery.

In most of the examples that we have come across, the victim is led to believe they have been offered a well-paid job in a different city or country, only to find the job does not exist and they are now indebted to their “employer” or trafficker and must pay transportation, lodging and any other “fees” the exploiter demands, thereby forcing the victim into debt to the person, people or business that they are dealing with.

Modern slavery affects people of every colour, age and gender – but is more prevalent among vulnerable people who frankly have less choices on how they earn money. I hope one day we will be raising money to eradicate slavery, many people far more knowledgeable than me on the subject think that this is feasible with political will across many continents. What we can do is end slavery for the people that we have capacity to support, this as you can imagine needs money to resource safe places for people to live and work with supported employment.

According to Anti-Slavery International, slavery is so common that it is possible you come across victims “on a regular basis”. Key things to look out for are whether the person has freedom of movement; appears scared, withdrawn or shows signs of abuse; has few personal belongings or identifying documents with them; or seems under the control of someone else and scared to talk.

If you think someone may tick these boxes, it is best to contact authorities directly instead of approaching the person, as approaching them could put them in danger. In the UK, you can contact the Modern Slavery Helpline on 08000 121 700, the police, Crime Stoppers or groups such as Anti-Slavery International. Likewise, you contact us by email MDSReferrals@springhousing.org.uk or by calling either

14 out of the 17 people we support stated that they felt safer than they did at the start of the support due to obtaining secure accommodation, income, social networks and their new environment.

12 of the people we support, report feeling they are more resilient to Modern Slavery

We have made 20 referrals to various agencies for extra support with things such as legal advice, accommodation and employment.

3 survivors with no recourse to public funds at the start of our support either now have settled status or are working.

12 people have been referred to Legal services.

It’s not perfect but we do know we have made a positive difference in people’s lives and all 17 are now on a journey of independence and are not beholden or suffering because of what others are doing to them. We know we can do more and the point of the fundraising is to do exactly that;

Thanks for reading this and supporting us, and of course if you would like to sponsor any of the riders you can find us on https://uk.virginmoneygiving.com/donation-web/charity?charityId=1011922&stop_mobi=yes 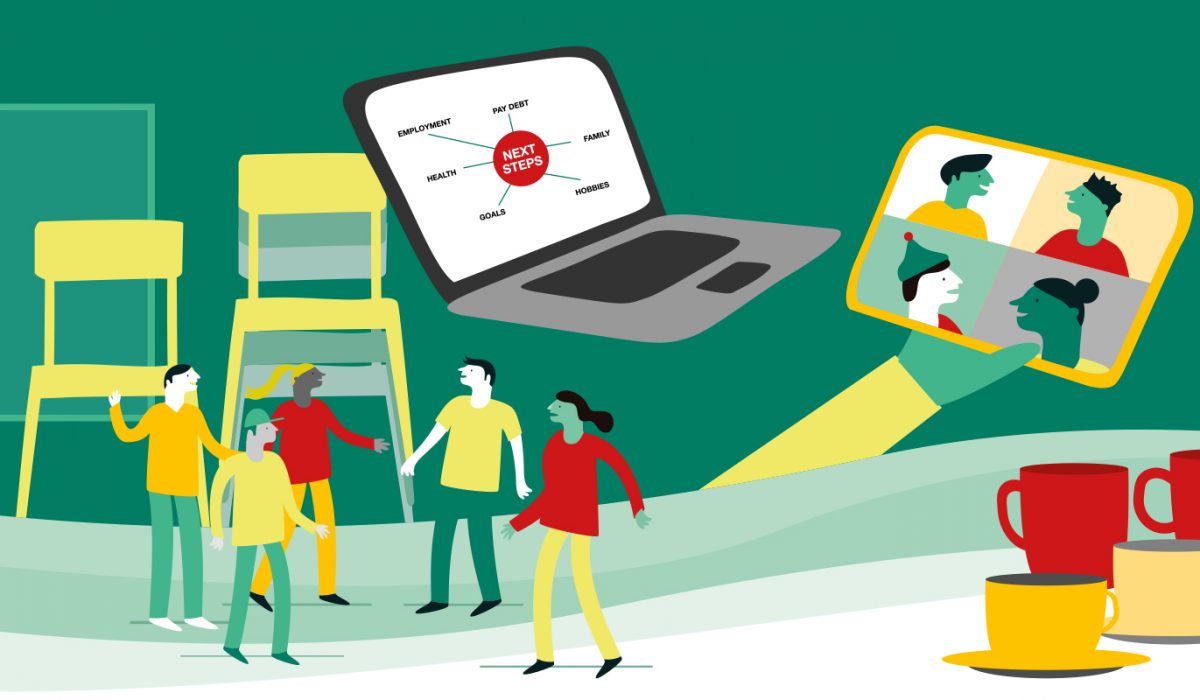 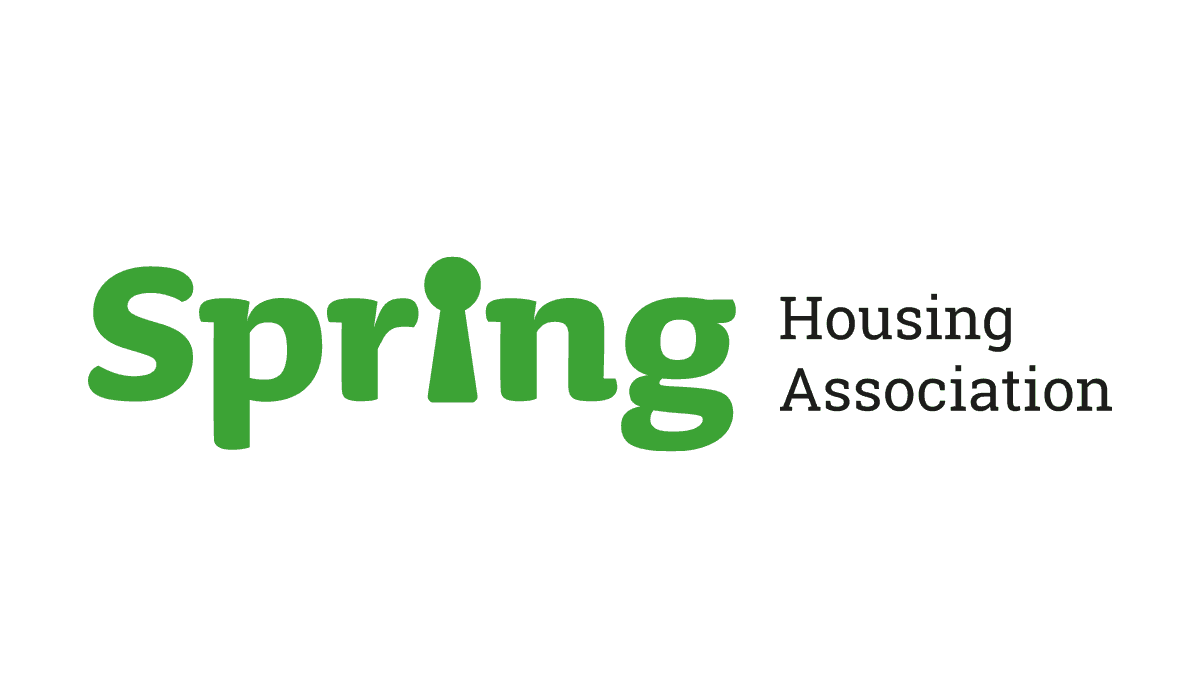 Exempt from Responsibility Report one year on

t is almost exactly a year since we published ‘Exempt from Responsibility?’ and held two lively and... 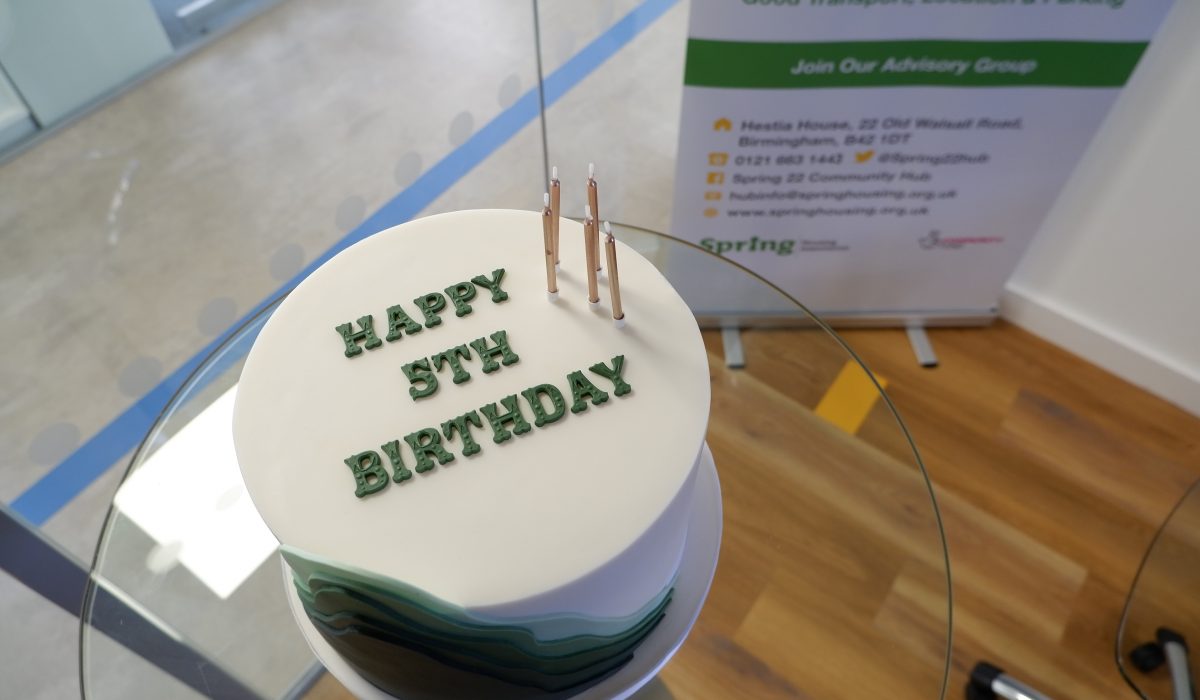